At the end of the day, it all boils down to preference. Both Serato DJ and Pioneer DJ are powerful software and both have specific pro's and con's dependent on your needs. Here we will briefly cover explain each.

We don't claim to be experts in this software we can only summarize, let us know your preference below! 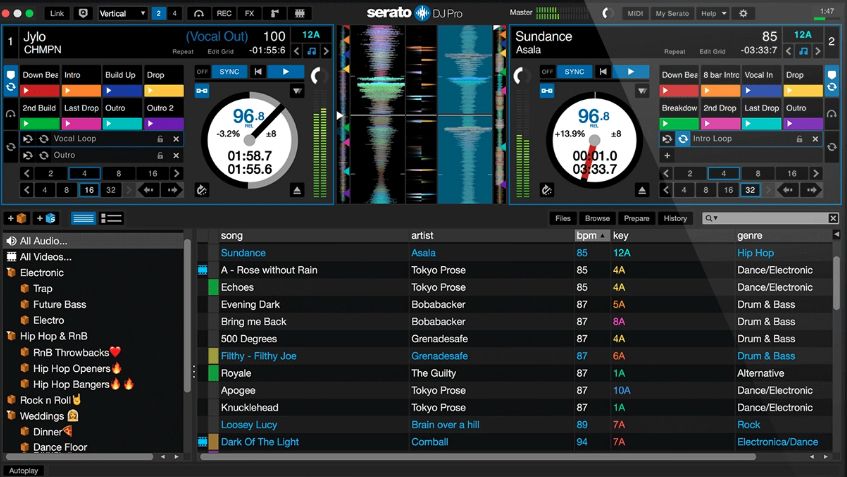 Serato ushered in the birth of digital vinyl in the early 2000's and has remained at the top of the digital DJ scene ever since. It boasts a lengthy amount of software applications that have gone through countless identity changes over time until we got "Serato DJ Pro", as we know it currently.

In time recent, Serato's put extenstive resources into seeing the software become more reliable, which is all to important in a live performance setting. Additionally, there's a ton of "plug and play" features enabling a wide array of controllers and digital vinyl options.

Overmore, there's all the standard top of the line plugins you'd expect, such as sampling capability, effects, sync, analysis, and many more.

You can give Serato a try first. The lite version is limited yet very powerful and you will be able to get a good idea if it's right for you. 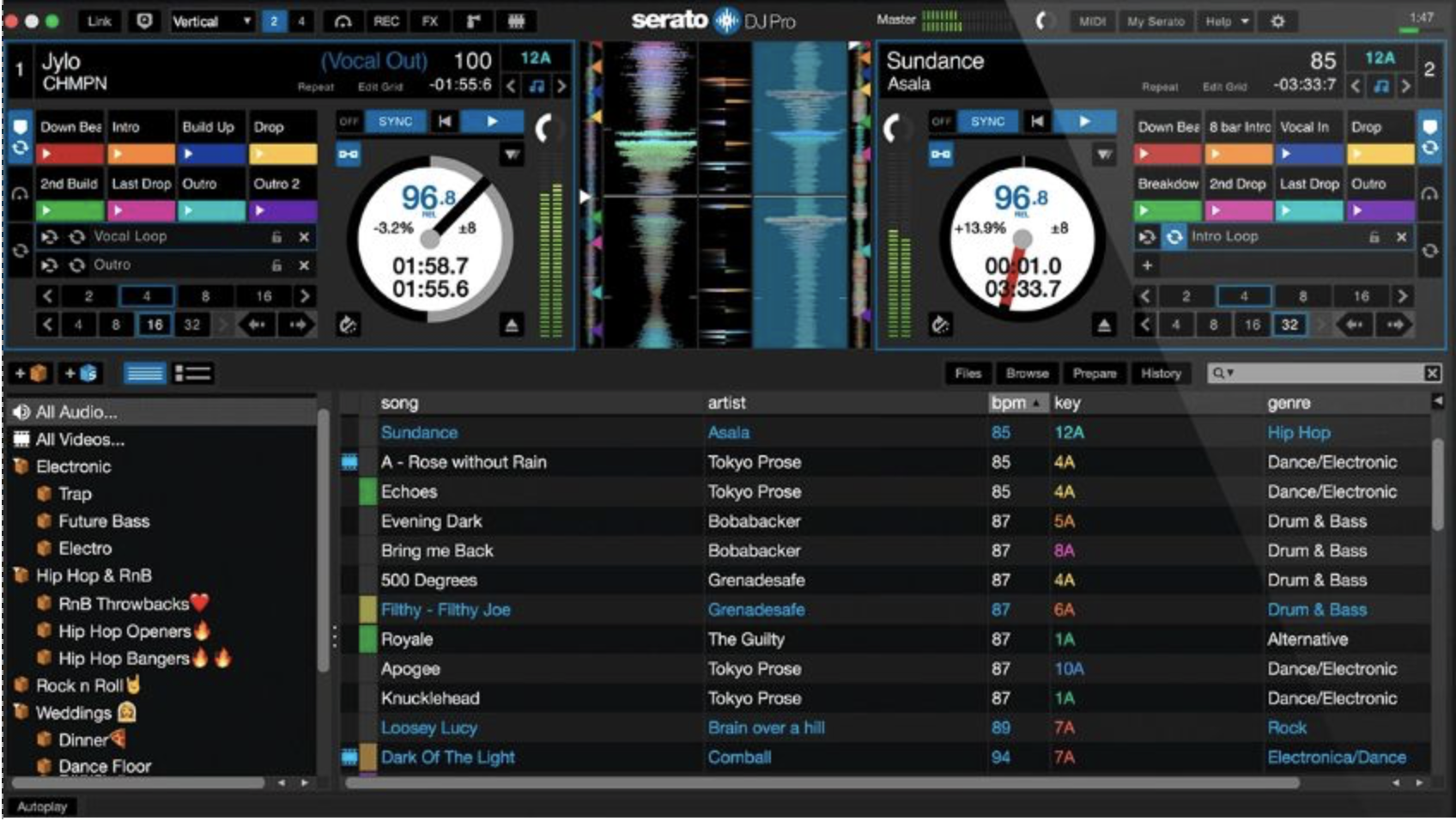 Made initially by MixVibes for Pioneer DJ, rekordbox was around for awhile as a music library and audio tweaking tool for use with Pioneer's range of CDJs and digital music players.

Around 2016 rekordbox recieved a big improvement in the shape of rekordbox DJ, a new and improved version of the software with mixing, effects, and sampling capability.

There are up to four rows of track controls, a library with a tagging system, a whole host of effects, and much more.

Not to long ago Pioneer DJ was expanded with the Auto Mix plugin. The Auto Mix plugin is a tool allowing you to do other things, while it does the work for you. It's especially great for new DJ's wanting to kill it at the party and not spend days practicing beforehand. When you get to the big boy leagues it won't let you down either. With the ability to sync and control lights and on-stage effects, it's almost like the leatherman for DJ's. Furthermore, add-ons exist enabling digital vinyl, mixing video and lyric functioning - perfect for live performances of any kind.

It goes without surprise that rekordbox DJ performs best with it's purpose made controller. The biggest selling point has got to be the cross platform capabilities, since it's workflow and audio lists are one in the same with Pioneer's CDJs and mixers.