If you're new to the world of music making it can be a difficult and time consuming task to find the software best for you. this is where you can find some of our favourite top rated music making software.

If you are using Apple computers you still have options, but they're much more limited. Many DAW software are compatible soley with P.C. If you're a patron of the Mac operating system, you can choose from GarageBand (Free), Logic Pro ($500) or Fl Studio ($200). GarageBand has an awesome selection of instruments and you can make great music with it. Better yet it comes freewith all Mac computers. Logic Pro is superior, but it is pricey as hell. FL Studio will work for mac but you'll find many of the plugins simply aren't compatible with the Apple operating system. For PC the options are numerous and it can be hard to figure out which one will suit your needs best. In this article we rate our favourites and explain each to help you find the DAW perfect for you. 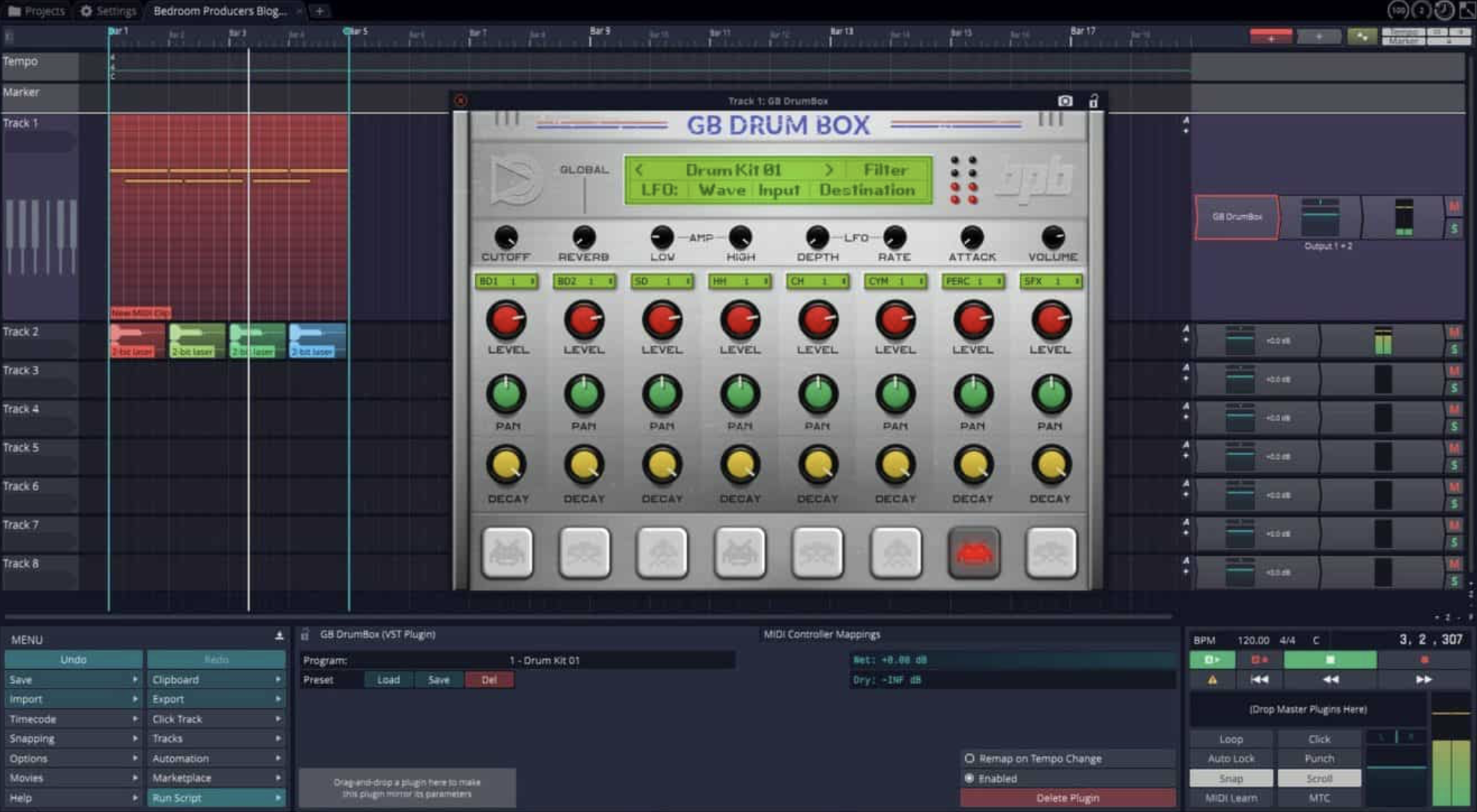 T7 is available for free in the trial version. It can accomplish a surprising amount and is highly capable, more then what we're used to seeing with trial versions. If the pricepoint's your main concern the T7 DAW might be the right one for you.

Made by Tracktion Incorporated, it has been on the market for a few years. The free download is packed with features that other commercial software charge big money for. It works with all operating systems and includes the tools to make top quality songs. Vocals and input from a controller are easy to capture. It comes with features such as synths, segmenters, analysers, etc.

This Digital Audio Workstation is due to move over for the companies new project, Waveform Free. It's scheduled to come out in this year, if you're reading this it might already be available.

As good as it may be, it's only better then all the other free music making software on the internet, which isn't saying much. If your goal is to save some shekeles and you want to ascend to a paid version, you might want to take a look at the Reaper DAW. For just sixty bucks you can get your hands on the full version. If you're not sure it's for you, you're in good hands, they give you an astonishing two months to try it out free. You can absolutely make hit songs using the free version. The full version is only 10 - 20 percent better. A small percentage, but if you take music making seriously those extra few features are big advantages. If you ponder the countless hours you may spend using a DAW, it starts to sound like a very well worthwhile investment! 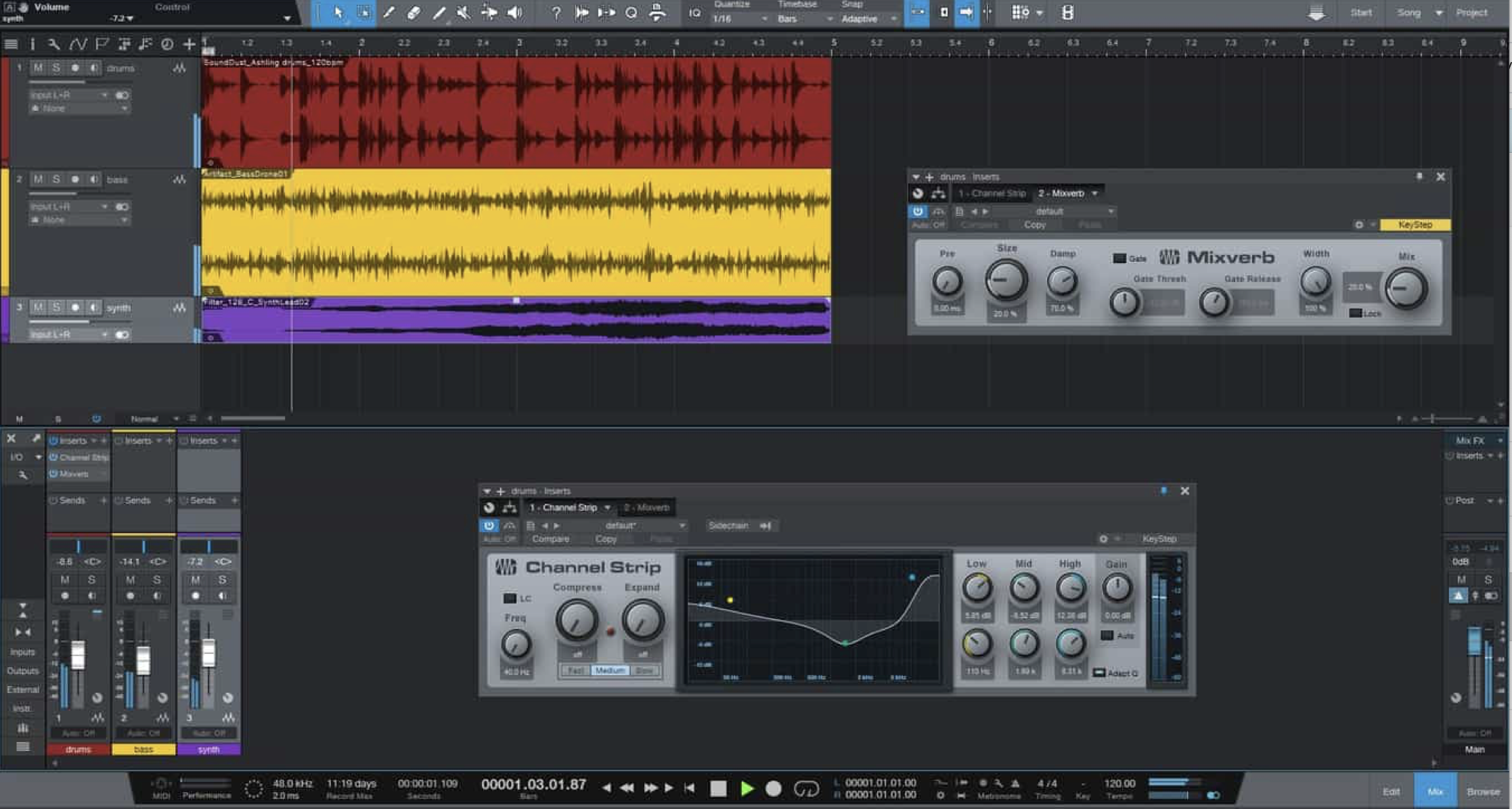 If your niche is vocals then Studio One Prime is for you.

This DAW is made with efficient workflow designed specifically for vocal artists. It's great for mixing and chopping up audio material, as well as reverb, chorus, compression manipulation and more. There are countless parameters to change, allowing changes to the most minute details. Unfortunately SOP is incompatible with add-ons. Effectively this limits the tools available to you, only the default ones will be at your disposal. If you want that little extra bit of capability you can upgrade to one of two versions. Studio One Pro or Studio One Suite. 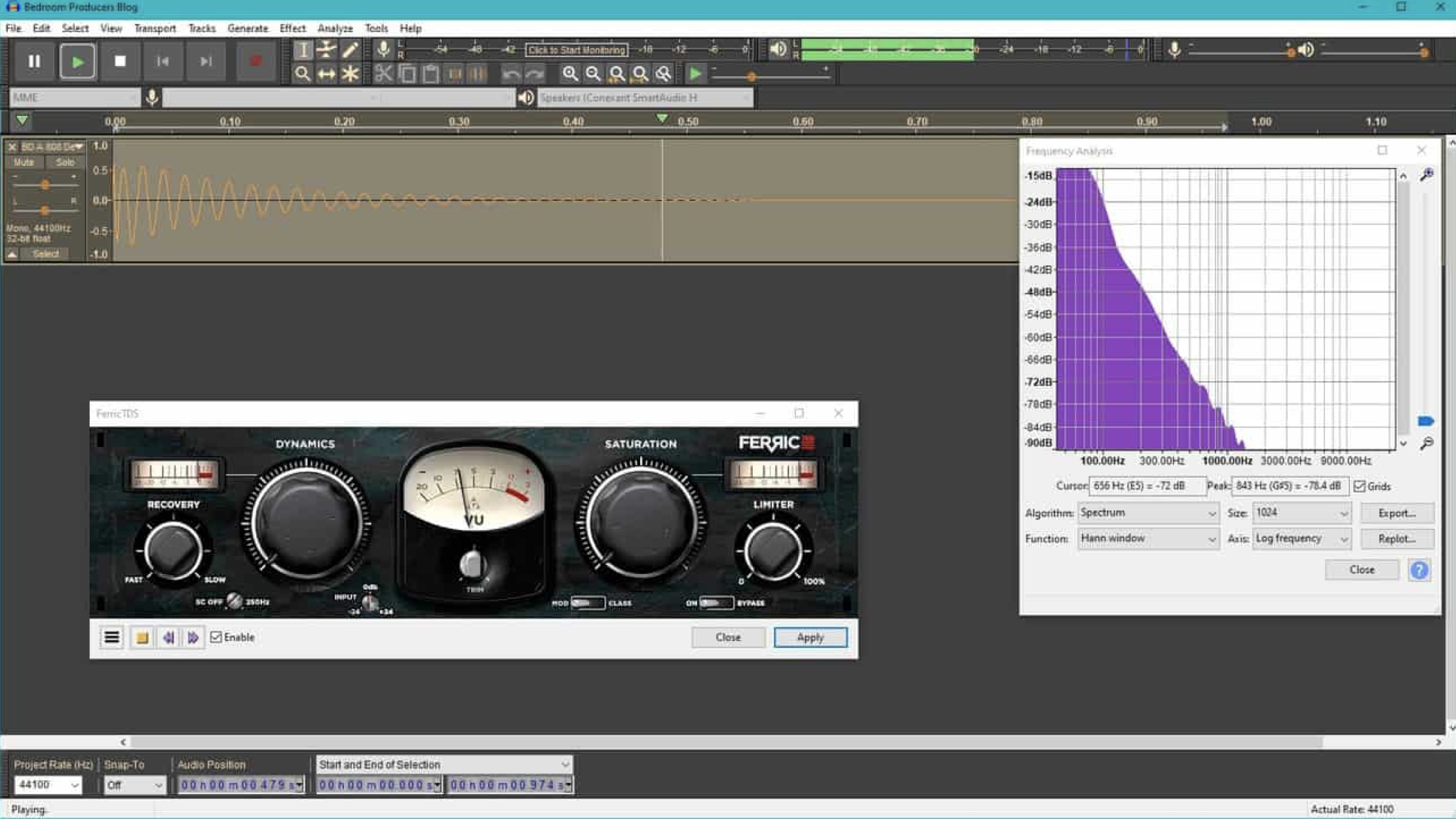 Audacity gets a bad wrap by some but it's a very capable DAW and is compatible with addons.

The first tool an aspiring producer needs is something to edit their music with. Audacity was that for many, as it was one of the first modern DAW. Despite its age Audacity holds up to this day as a powerful and intuitive program both beginner and expert can find value in. A surprising amount of features are packed into Audacity, but where it shines most is recording.

Audacity is constantly being worked on and every new version it's exciting to see what they roll out. 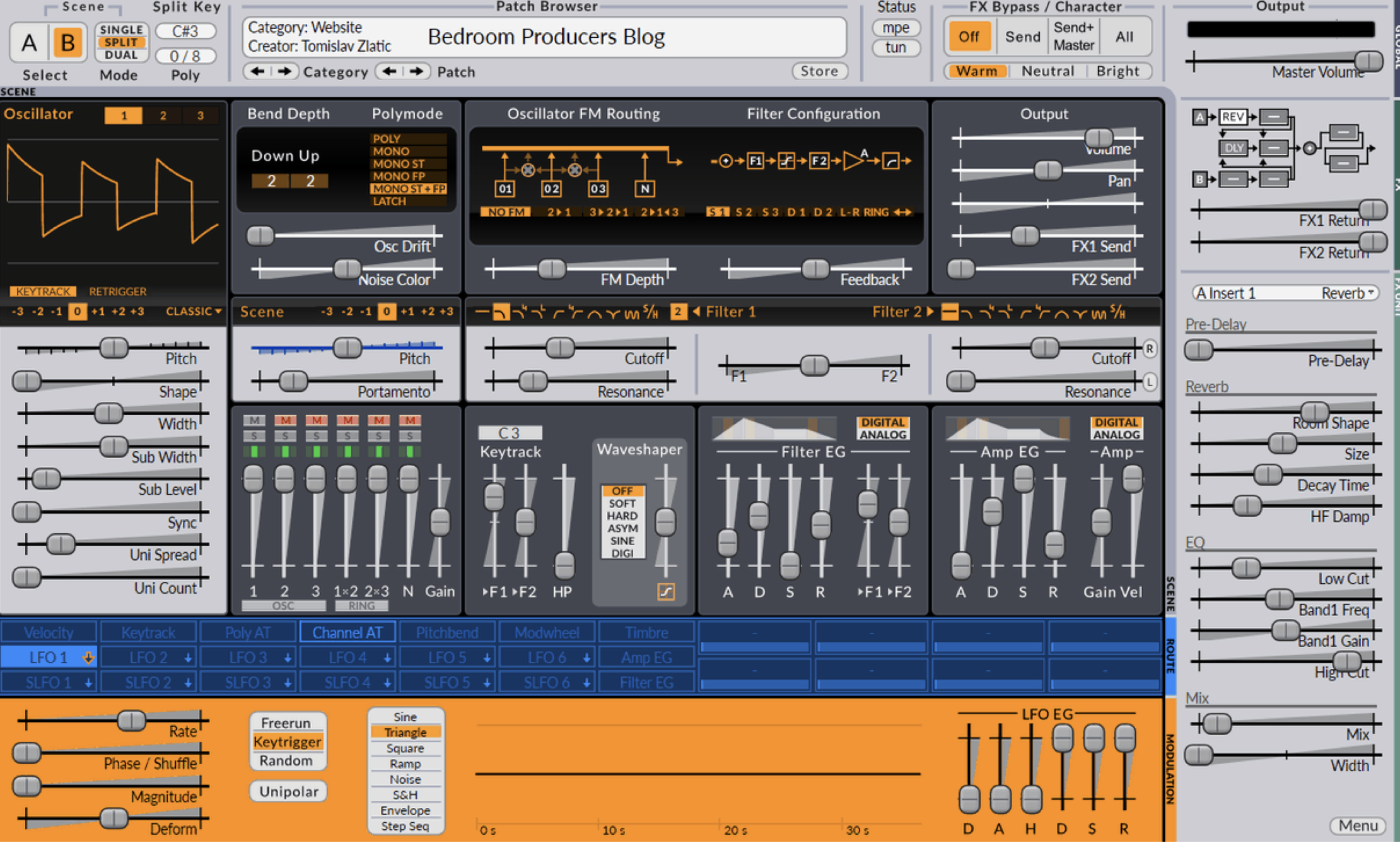 Surge is a totally free and open source DAW that has some of the best synth effects in the industry. Additionally it comes with a kick ass library of audio bits. For these reasons, we consider it to be the best among it's free counterparts. Surge's surprisingly flexible in that it's compatible with all operating systems. The developers constantly work on it and updates are delivered on a regular basis, things are always getting better with Surge. It has a strong loyal following, the quality of the community behind it is grade A. Surge's ability for synth effects is unparalleled, and no surprise then, it's highly regarded amongst music producers. 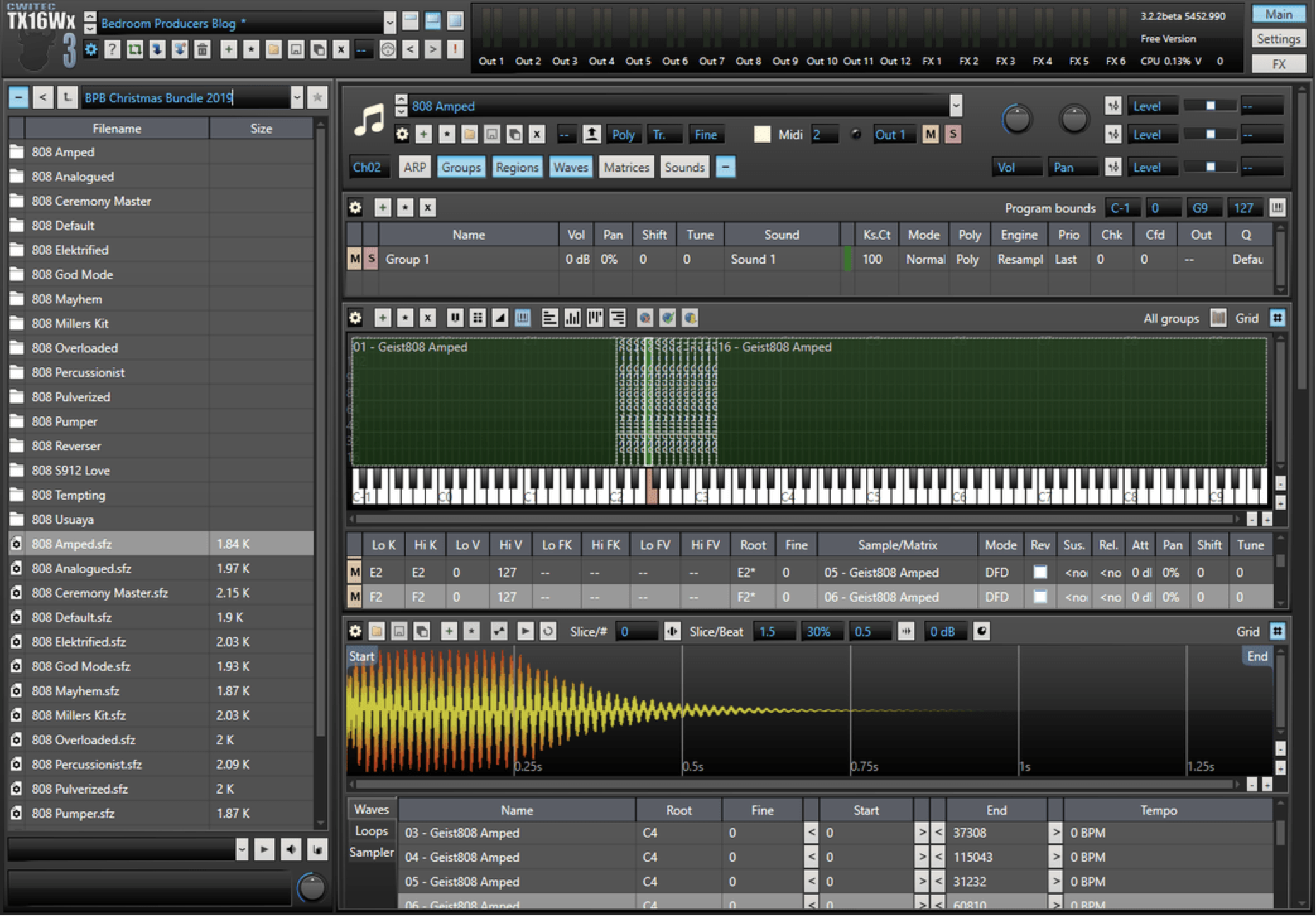 TX16Wx is a mixer addon that can be used with DAW's.

The "TX16Wx Software Sampler" is a great addition to your setup. It's peers all cost money, its very special in that it competes with paid versions, and may even be better. This software can work with audio in all formats and is compatible with pretty much everything. It comes with a bunch of great stuff, but the horizon is endless when you look at all the online libraries that are available for free all over the web.

This plugin includes a huge amount of parameters to adjust to your liking. Whether it's analysing, mapping, effects, delay, or recording, TX16Wx can do it - and well. Any bit of music you make in the DAW can be made into a loop and uploaded to loopazon.

Most DAW's today cost money and will often include a sampling tool. However this DAW gives powerful features that can't be ignored, and set it apart from the rest. 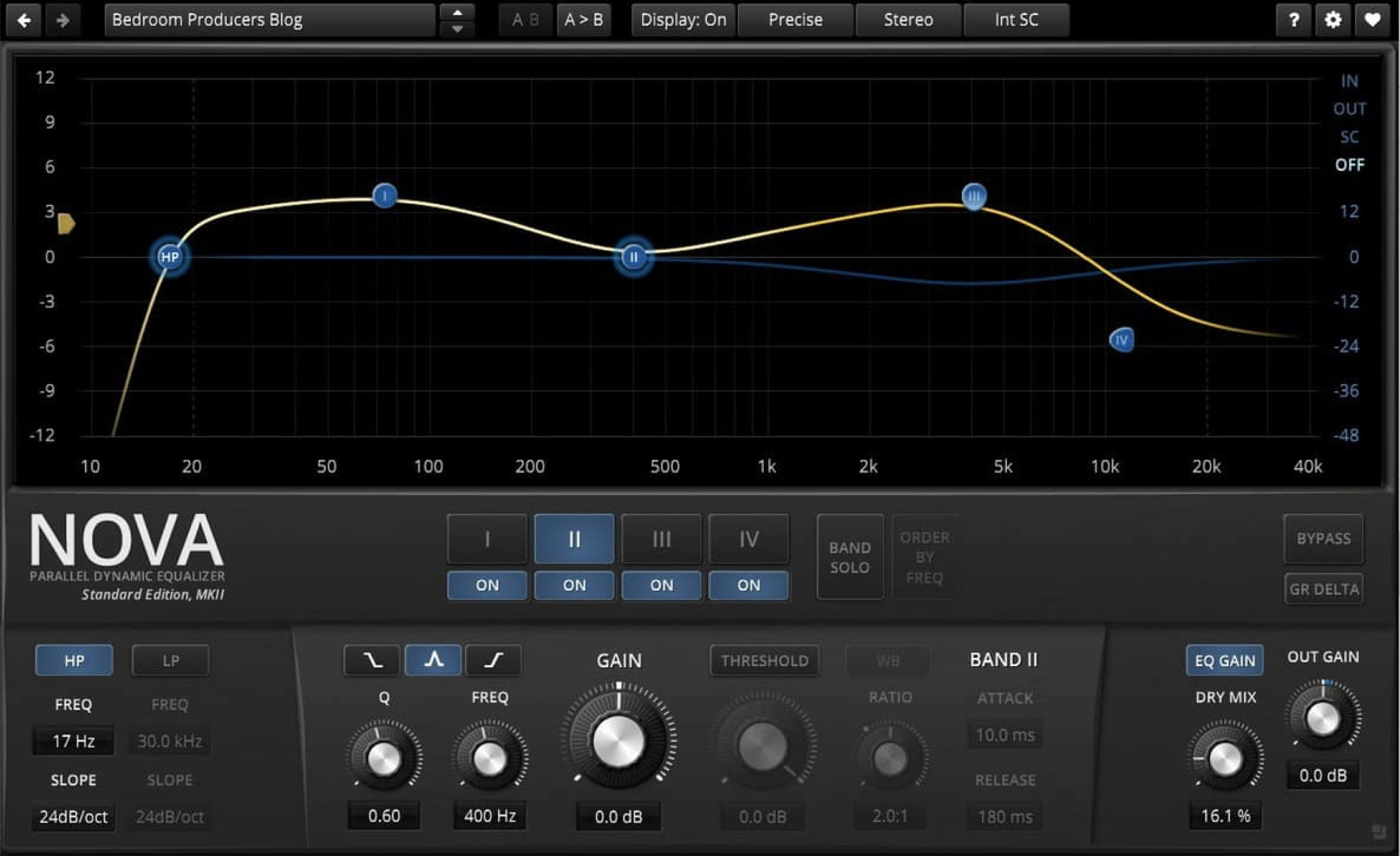 TDR Nova is an advanced equalizer.

Perhaps most important to a producer is compression and equalizing, they are the most widely used and most necessary parts of song creation. These two combined with a good DAW and you have yourself no excuse not to make killer sounds.

TDR Nova the one of the industries most favourite equalizers around, and it's free! Being an equalizer, this free addon can be tasked with any job you throw at it. Maybe you want to use it as a compressor, filter, or a dynamic EQ, TDR Nova can just about do it all. The user interface is incredibly simple and easy to start using efficiently in no time. The learning curve is low on this one.

DC1A is a very capable and user friendly compression addon for your DAW.

It doesn't have the most features ever but it makes up for it in the ease of use and mild learning curve. Many expert producers use it for the reason of it's speed for accomplishing basic tasks. Audio Compressors can be difficult to grasp for the new music maker, but with DC1A the process is streamlined and easy to use.

For the beginner music maker, this is a godsend and should be high on the priority list of plugins to download.

The Limiter No6 is a powerful free limiter. Limiters are necessary tools for music production. Having a limiting addon will help you tremendously when making those final edits. It can be a time consuming task, Limiter No6 makes it so much easier and can save you a lot of time. Why the developers decided to put this out for free is a mystery, because surely they could have charged money and people would pay it. Based on how much it can do, efficiency, and it being free makes this one of the best free plugins, hands down.

Alternatively you can try the addon LoudMax, as it is also a free limiter with some good features. It doesn't however, match the superiority of Limiter No6 for those just starting out.

OrilRiver is one of the best addons for the reverb effect.

The reverb is an underestimated part of making great music, in fact it plays one of the biggest parts in whether a song sounds great or doesn't. If I was to make a list for the music makers repetoire, reverb would be very near the top.

This free VST can go head to head against even the biggest commercial reverb plugins. It's highly adaptable and has the ability to imitate different enclosed spaces from large to small. OrilRiver is an advanced peice of software but it's built in such a way as to be very user friendly with a not so steep learning curve. 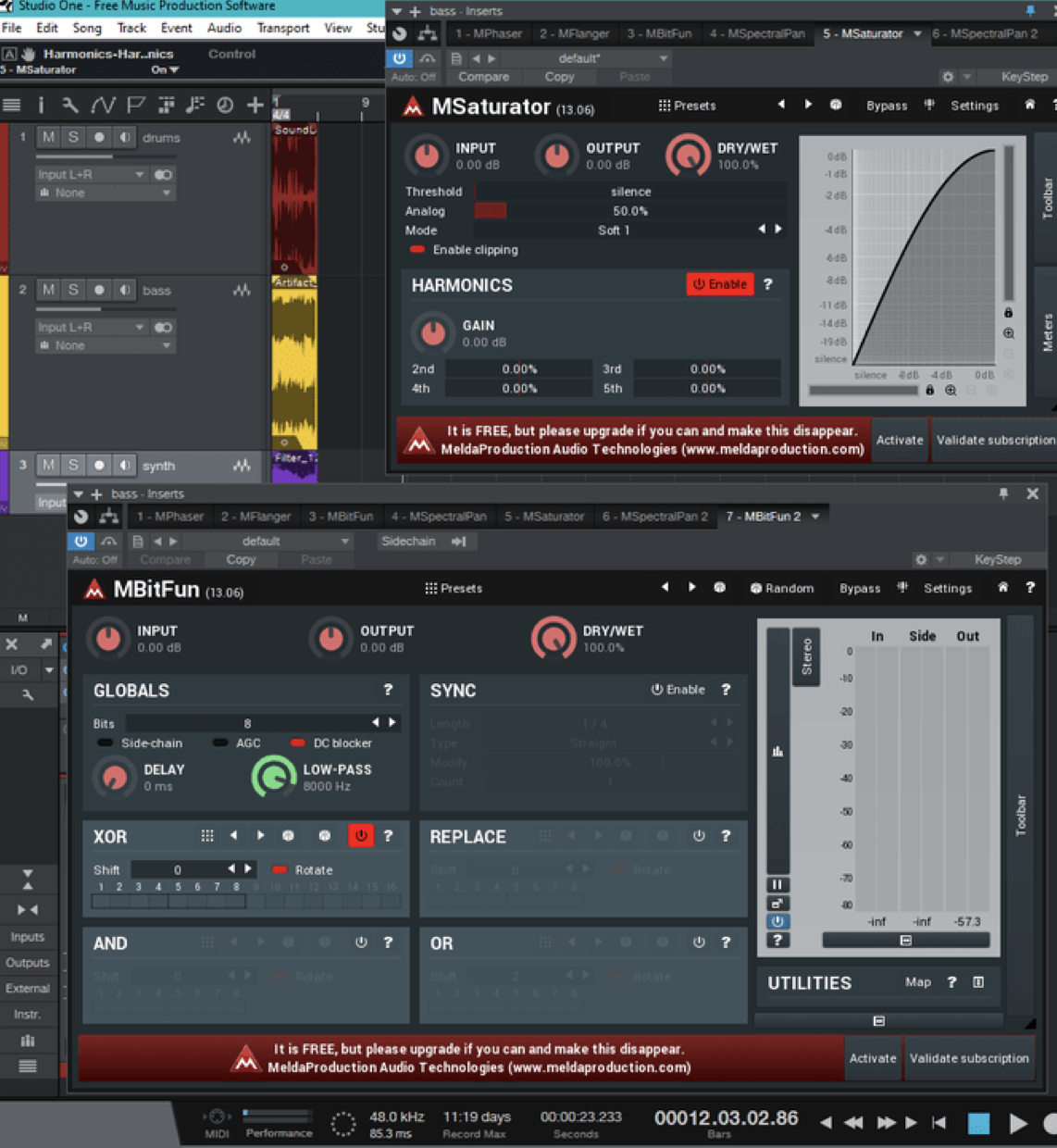 The MFreeFXBundle comes with powerful music making programs like bitcrushers, mixers, and phasers. If you want to get a bigger repetoire of tools it's worth checking out this bundle. Included with it is a truly fantastic sound library with many different instruments and effects.