Tricks every trap producer should know 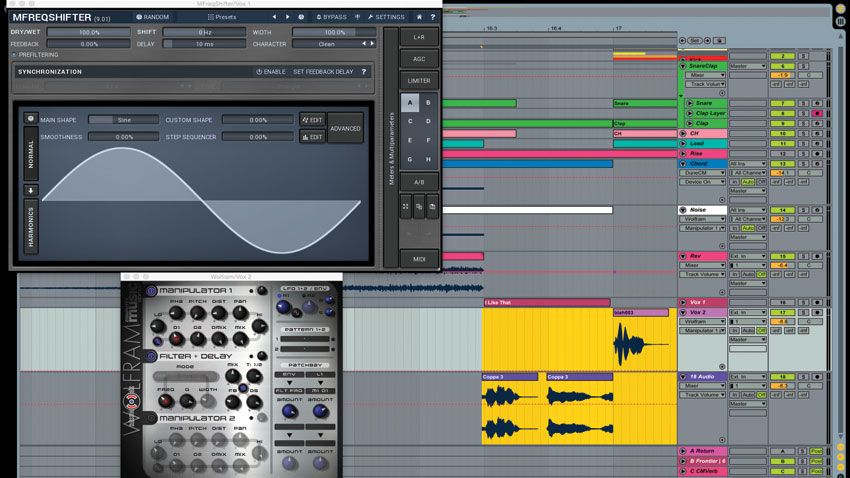 With all the trappings

Originating from the US city of Atlanta in the 90s, trap is a distinctive, hip-hop-inspired electronic genre defined by its overt use of TR-808 samples, heavy sub bass, rhythm-shifting percussion, cinematic horns and bleak synths.

Although trap beats were originally created as instrumental backdrops to carry the crime-fuelled lyrics of Southern US rappers, the genre has since permeated all walks of electronic music - from the post-dubstep sounds of EDM through to modern R&B and pop productions.

To get you started, we've even included the Ableton project to make things a little easier.

Whereas the majority of electronic music styles feature distinctly separate kick and bass sounds, trap producers combine these elements into one giant low-frequency part - collectively referred to as the ‘808’ thanks to the genre’s famous use of the classic kick sound from Roland’s TR-808 drum machine - that acts as both a rhythmic beater and powerful subsonic tail.

You’d be extremely lucky to stumble across one single sample that fulfils both of these mix roles, so layer multiple samples to achieve the desired effect. Generally speaking, you'll want a treble ‘click’ sound for the initial transient; a short, punchy ‘knock’ layer to provide the initial hit; and a synthesised 808-style tail for tone, weight and sub energy.

A clean 808-style kick has a powerful fundamental frequency, but it’ll likely lack the upper harmonics required to cut through on smaller speakers. To give your 808 kicks extra harmonic weight, load saturation and distortion plugins on a return track, then send the kick’s tail to it in tandem to the original. Filter away the sub frequencies on the distorted return, then mix in the parallel distortion signal to taste, blending in new harmonics over the clean sub tail.

3. Rhythmic Hi-Hat Rolls With an Arpeggiator

A TR-808 closed hi-hat shifting in speed is a trap trademark. Here’s how to achieve the effect in a flash using an arpeggiator.

Step 1: While you can always program intricate percussion switches and changes by drawing in MIDI notes, there’s a far more convenient and quicker way to do it. Begin by loading a TR-808 closed hi-hat sample into a sampler. Program a single long MIDI note on the channel.

Step 2: Pipe a MIDI arpeggiator into the sampler channel, then set the arp up to repeat the MIDI note at steady rhythmic intervals, creating a constant stream of closed hats. Set the arpeggiator’s speed/rate to a straight value such as quarter-notes or eighth notes.

Step 3: Now automate the arpeggiator’s Rate control to change the hi-hat pattern’s speed at key points in the groove. A common trick is to keep the main speed at 1/4 or 1/8, then quickly shift to triplets or dotted notes at the end of every bar or so, displacing the groove to create buzzes, rolls and fills.

Following dubstep’s template, most trap records are produced at around 140-160bpm but feel far slower due to the kick and snare being programmed at half that tempo. Trap rhythms often feature contrasting, syncopated interplay between these two speeds, combining a half-time snare on each bar’s third beat (instead of the usual 2 and 4) while robotic claps and other TR-808 sounds are interspersed at the original tempo.

When it comes to snare selection, trap producers don’t stray too far from the common palette of TR-808 sounds - namely, the electronic 808 snare and machine-perfect clap. In our example track, we’ve placed a powerful 808 snare sample on beat 3 of every bar. A bright clap is then layered over the snare, adding subtle treble presence, and a thicker TR-808 clap sample is placed on beats 2 and 4 of the bar, emphasising the ‘true’ speed of the track against the half-time snare to create symbiotic polyrhythms that merge fast and slow.

Finally, with its distinctive noise-like tinniness, the ubiquitous 808 crash cymbal marks the downbeat of each four-bar section.

Another signature trap technique involves repeating and pitching the main 808 snare to create rolls. Again, use an arpeggiator to quickly change note repeats and speed, or draw the notes directly into the piano roll by hand if you want more control. Utilise triplets and/or dotted notes for a staggering, syncopated effect; and automate your sampler’s Transpose parameter to pitch the hits up or down.

While EDM-influenced mainstream masterpieces feature full-blown appearances from pop artists such as Justin Bieber, the majority of underground trap records contain more esoteric spoken phrases, chops and cuts. Start with a small vocal phrase, pitch it down a few semitones (via either formant-shifting or traditional pitchshifting), then chop it into bits and rearrange the segments into rhythmic stutters and repeats.

We’ve used two different vocal parts in our track: the main “drop bombs” phrase, pitched down using MeldaProduction’s free MFrequencyShifter, serves as a key turnaround element at the end of each eight-bar section; and a “brap” shout-out on the first beat of every four bars carries over with luscious ping-pong delay courtesy of Wolfram CM.

Bending synths and repeating zaps are a key part of the trap aesthetic. Let’s look at how to make an authentic trap lead.

Step 1: Start with a two-oscillator synth - most will do the job, but we’re using Dune CM. Blend dual sawtooth oscillators, then apply liberal amounts of unison Detune to thicken the raw tone. Use the synth’s Spread function to widen the unison voices.

Step 2: Set the synth to Mono mode, crank up the Glide time, then play overlapping notes at high and low octaves to create an exaggerated slide effect. Use a fast envelope to modulate both oscillators’ pitches, adding a sharp ‘zap’ effect to the start of each note.

Step 3: Apply a liberal amount of reverb - we’re using CM Verb - to fill out the stereo field. Finally, use the track’s kick and snare to heavily sidechain compress the lead, causing it to pump and move around the mix. Ensure the compressor is placed after the reverb to emphasise the extreme ducking.

Certain transitions and edits are widely used in popular trap tracks, and so we’ve added a couple to our demo track. As the tonal 808 kick - arguably the centrepiece of a trap production - hits firmly on the root note of the track (G), the simple act of transposing a few kicks at the end of a phrase is guaranteed to have a huge impact.

We’ve combined our kick transposing with some clever muting. By cutting out all of the drums at the start of an eight-bar section, immediately after the pitched kick edit, we leave an unexpected gap before throwing the parts back in on the third beat.

As trap tends to be one of the more sparse electronic genres, sidechain compression can really help individual elements breathe and pump around each other, creating a ‘bouncing’ interplay between elements.

In our example track, the shorter ‘knock’ kick and the main snare are being sent to a muted return, and this inaudible signal is triggering sidechain compression over both the running hi-hat and lead riff. This sidechaining carves precious dynamic space for the hats in the mix, and also adds creative motion to the heavily reverbed lead line.

Let’s turn our trap sketch into a short arrangement, following a template typical of most trap tracks. The clap, pitching snare and zapping lead all play a marching quarter-note pattern that keeps doubling up, intensifying the build-up. A filtered chord, noise sweep and reverse effect all swell towards the main drop section where the other parts make way for a vocal phrase before the drop slams in.

The main drop then pulls back the intensity, contrasting against the build-up’s mid-focused, fast-paced rolls by slamming in the main elements - including the heavy kick/bass - at the usual trap-like ‘half-step’ pace. To ensure the drop hits hard, we’ve automated a gain plugin to lift the drop sections by almost 2dB.