Manley Labs in Chino, California, has been producing high-quality microphone preamps, equalizers, microphones, mixers, and other audio gear for over 25 years. The Manley CORE Reference Channel Strip, their most recent piece of gear, expands on this tradition by combining a mic and line preamplifier, compressor, equalizer, and limiter into a single unit. The CORE has fewer knobs, allowing players to plug in and focus on what they're going to play next rather than fiddling with knobs. Computers, plug-ins, and software can quickly distract you from creating music. You may concentrate on your job rather than worrying about technology by designing a customized recording channel with incredibly high-quality stages – but no unnecessary features. The CORE components TM results from decades of engineering, listening, and collaboration with artists and engineers. Even though the CORE® has fewer knobs than similar devices, we believe they are the right ones!

The CORE is the culmination of Manley's experience and understanding gained from working with the industry's most significant recording engineers and musicians. The Manley CORE will be the epicenter of your recorded art, handcrafted in the United States, built like a tank, built to last. The Core reference channel strip was created by Manley so that you can hit record and concentrate on your performance rather than your signal chain.

Manley's goal with the Core was to create a sturdy, beautiful 2U steel chassis that housed a high-quality vacuum tube mic preamp, an ELOP (Electro-Optical) compressor, a good EQ section, and a quick FET Brickwall Limiter. It needed to be melodic, adaptable, and forgiving. Manley was successful on all fronts thanks to their extensive experience and insight gained from working with the industry's top recording engineers and artists. The Manley Core will become the heart of your recording studio, with excellent headroom, seductive sound, USA handcrafted build quality, and a meager price.

In some respects, computers were supposed to make the recording process more accessible, and this is true. However, with the complexities of modern DAW software and thousands of plug-ins, simplicity often gets lost in the shuffle, diverting your attention away from the most crucial task: creating music. You can focus on your artistic activities rather than worrying about technology by building a dedicated recording front end with very high-quality stages — and without unnecessary capabilities, you'll rarely use. The Core's great-sounding modules result from Manley's decades of design knowledge and extensive listening, and they function well together.

An input attenuator is the INPUT LEVEL control. It works similarly as a variable pad. Direct In (DI), Mic, and Line inputs are all affected. The level is reduced when rotated fully counter-clockwise and when rotated clockwise. Fully clockwise represents around 40dB of amplification for the Mic input. The MIC input will gain roughly 40dB with the gain switch set to LOW and the input level set entirely clockwise, while the LINE input will gain about 20dB. When the button is pushed in and lighted, the top label of the selection switches shows operational status. 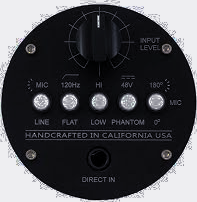 MIC/LINE chooses between the MIC XLR input and the LINE XLR or DI 1/4" inputs. The 120Hz high pass filter position is beneficial for minimizing breath "pops" or any time LOW frequencies are reduced, such as train or traffic rumble or air conditioning rumble. When engaged, the HI/LOW gain switch adds 10dB to the circuit (or 20dB of gain if the internal jumper is set). This switch can be set to LOW for most applications, although more significant gain may be required for low-output microphones or quiet sources.

The VU meter is mechanical and shows the average level. It can't follow all signals accurately. As a matter of fact, things like snare drums are not displayed precisely. The VU meter might only be ticking above at -10 however, the actual peak level may be 20dB higher. This is all right, as all workstation has a digital peak meter, and it's ideal for keeping all of your peak levels in the DAW to around - 6dBFS. 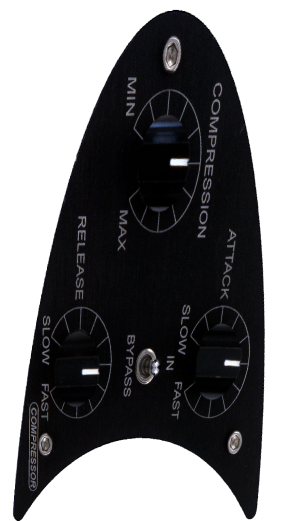 There is no specific reason to go to 0dBFS on the individual tracks, and the end result will sound better and combine better if the tracks are recorded with some headroom below zero. Also, it's a good general practice to look at the VU meter intermittently when recording and try to keep the majority of the track on the scale of the meter – not a hard and fast rule – but if you are pinning it all the time (unless for an intended effect) or the needle isn't moving at all, you might need to adjust the input gain of the CORE.

The Baxandall curves for the LOW and HI Shelf controls are centered around 90 Hz and 12kHz, respectively. The Mid Frequency EQ is a bell-shaped curve, with a range control in the low position of 100Hz to 1kHz, and in the high position, between 1kHz and 10kHz. The toggle switch is used to choose the required range. The selected frequency can then be boosted or reduced by about 10dB. 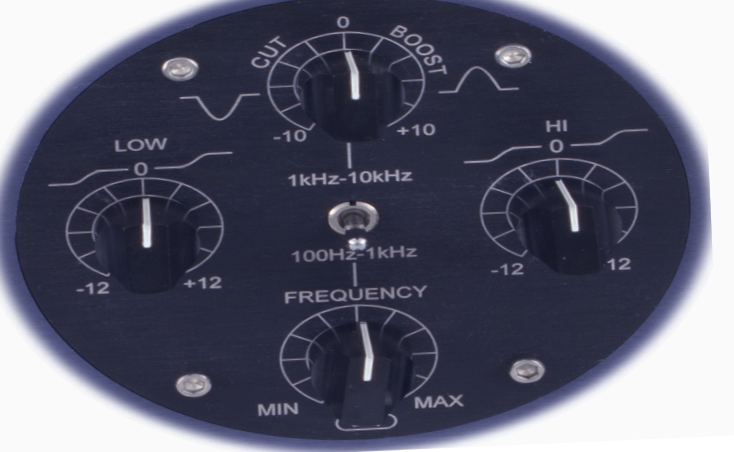 The FREQUENCY control allows you to TUNE IN the desired frequency by continuously sweeping the frequency in the set range. MID FREQUENCY EQ, TOGGLE RANGE SWITCH, and FREQUENCY SWEEP are the controls that run vertically across the middle of the EQ section. All of these things work together. There is a lot of overlying between the shelf and peaking settings, which allows for a lot of EQ control.

The FET output limiter is a high-ratio peak limiter with a lot of power. It can be used for a range of creative effects as well as setting a maximum output ceiling to prevent the next piece of gear in the chain from being overloaded. The LIMITING knob determines how much limiting is used. When the signal passes the threshold, the LIMIT LED illuminates, and when the signal is below the threshold and the release time has expired, it turns off. The LIMIT light operates as a general overload indicator at +20 dBu when Limiting is set to "Minimum." 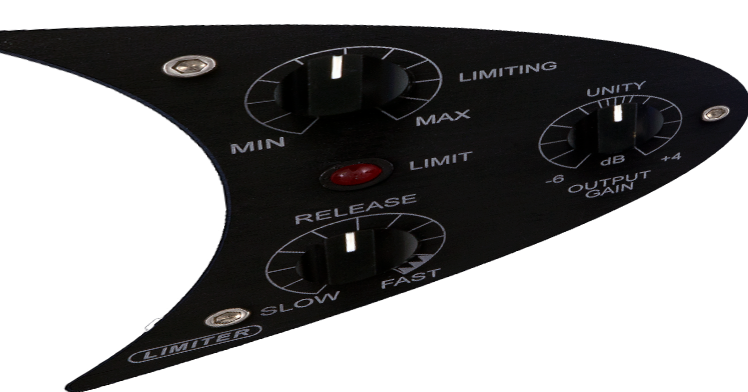 The RELEASE parameter determines how quickly or slowly the limiter returns to total loudness. The RELEASE time control was designed with an extensive control range in mind. Because very fast release timings can cause distortion, the RELEASE control's highlighted area is marked with a zig-zag on the dial.

The VU meter is mechanical and can only represent the average level of a signal; it cannot track every signal precisely. In truth, snare drums, for example, are not adequately represented. Although the VU meter may be reading -10, the actual peak volume could be 20dB greater. There's no necessity to record each track at 0dBFS, and the end result will sound better and blend better if the tracks are recorded with some headroom below zero. 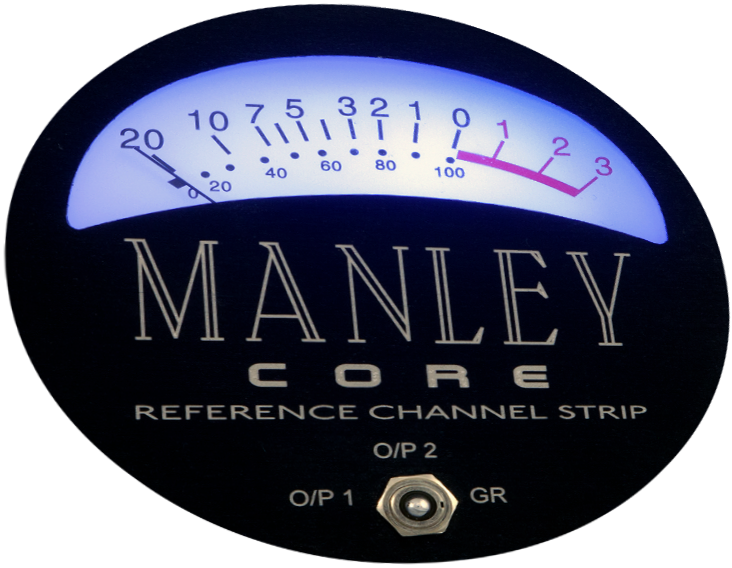