Prism Sound's MDIO Dante an expansion card that allows you to send and receive audio using Dante, gives your Atlas or Titan the option of routing every channel over one wire. The MDIO-Dante extension card is an industry standard in the studio and audio-visual arena. It allows to route of every clean and bright signal from Prism Sounds AD and DA converters via a CAT5e, CAT6, or fiber-optic connection. It not only aids in the routing of Atlas or Titan signals but helps to work with the Dante workflow, giving you access to hundreds and hundreds of audio streams that are connected through logical routes. You can expand the routing possibilities by adding the Prism Sound MDIO-Dante card to Titan or Atlas

1. Expansion of Dante for Prism Sound interfaces. 2. Explicitly designed for the Atlas and Titan models. 3. It's possible to integrate it with a Dante system. 4. Supports Dante audio via CAT5e, CAT6, and even fiber-optic connection. 5. Extensively adaptable for integration with tens of thousands of channels from a variety of sources.

Dante is a rapid audio networking protocol that has become the industry standard. It has solidified its place as the premier replacement to other AoIP systems by providing ultra-low latency, flawless sync, and expandability over large channel counts. Dante's numerous advantages have made it the cornerstone of some of the world's most prominent recording, broadcast, and educational organizations.

Dante specializes in maintaining, modifying, and troubleshooting complicated audio distribution services. Wiring a studio or whole post facility with just one standard ethernet wire per audio equipment is straightforward, clean, and cost-effective. The immensely time-consuming and expensive process of digging up analog or multicore cables has become a thing of the past, eliminating downtime and allowing you to focus on the task at hand.

The MDIO-DANTE module installs quickly and easily. In a matter of minutes, you can breathe new life and do routing in the studio. The ease of setting guarantees that your system's only restriction is your imagination. The Titan and Atlas are the genuine expert's options in networked audio, so gratitude to Dante's excellent networking features and Prism Sound's acclaimed conversion. Multiple Titan or Atlas devices can be linked directly to a DANTE network using the DANTE module.

DANTE users may make use of the Titan and Atlas A/D and D/A converters' superb sound quality, as well as their equally highly-regarded onboard microphone preamplifiers, using this combination. John Gatski of Everything Audio Network recently called Titan "the pinnacle of USB recording" with "excellent converters and mic preamp." When linked to DANTE, controlling the Prism Sound Titan or Atlas devices is simple. The devices are operated by a specific software app accessible for both Mac and Windows when connected via a network. This allows you to operate the devices from any networked computer or via its dedicated USB connection. Unlike many third-party interfaces, which cannot be recalled, the setup information may be saved for fast retrieval within the specialized

Dante's signal routing and system configuration are quick, easy, and very adaptable. Dante Controller software identifies each device on the network, where the routing of audio, labeling devices, and network configuration is done in real-time. These systems are extremely scalable, ranging from basic console-to-computer connections to large networks with hundreds and hundreds of audio channels. The logic route allows networks to be expanded and altered at any moment. 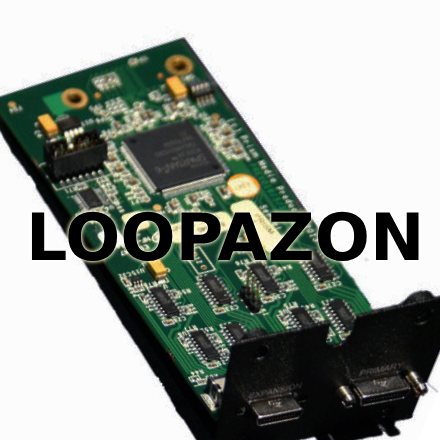 Dante is used by more audio-visual manufacturers than any other networking standard, allowing you to choose from hundreds of Dante-enabled equipment. All Dante products are interoperable, enabling you to mix and match devices from various manufacturers in a single network. All of this can be done with only one wire. Dante eliminates bulky, costly analog or multicore wiring in favor of low-cost, readily accessible CAT5e, CAT6, or fiber optic cable. Dante is a simple, lightweight, and cost-effective option that only requires one wire per device.

The manufacturer does not advocate using this equipment and its host interface unit with non-shielded interface wiring, as it may result in improper regulation with other regulations. All parallel connections must be done with a 75R cable that is adequately screened on both ends, with the screen linked to the connector's outer. Screened cable should be used for all analog XLR and jack connections, attached to pin 1 of the XLR connector or the jack outer on each end.

To update the Atlas Firmware

Connections to be done in the computer using MDIO Dante Module

You should remove the lid to connect the MDIO-PTHDX module to a compatible Prism Sound Interface. The voltages are hazardous. Before removing the cover, anybody installing the MDIO-PTHDX module must verify that the unit's mains supply is removed and not reconnected until the cover is replaced. Disconnect any additional connections from the unit's back and front. You're now ready to install the Dante module.