The World of Mastering Compressors

The World of Mastering Compressors

Mastering compressors are built specifically to control the dynamic range of full mixes and complex musical material. They are often program dependent (they react differently to different frequency content and variations in dynamics, depending on the kind of audio being run through it), and they typically have a lot of headroom, to provide dynamic control and ‘glue’ in the most transparent way possible.

Glue is a sort of processing applied to complex musical material, that makes various elements sound sonically congealed, and give them context in each others’ existence. Glue can be achieved in a few different ways. While it is possible to mix individual audio sources in a way that they sound glued together from the outset, a more commonly applied method is to use saturation and/or compression on subgroups, busses, and the mix bus (or ‘two bus’) itself.

While mastering compressors aim to sound transparent and clean, the very nature of analogue hardware leads to colouration of the audio in certain subtle ways. Because of this, certain components and hardware units have managed to stand above the rest, and some have even attained legendary status, with vintage units being sold for tens of thousands of dollars. This article will talk about a few mastering compressors, both vintage as well as modern, that approach dynamic control in various ways, and their plug-in counterparts.

VCA compressors are known to be the most versatile in the audio world, and are generally very transparent. Their time constants (attack and release) can go from extremely fast (to the point where transients get almost completely squashed, and the release stage causes distortion in the sub frequencies) to extremely slow. This allows for extremely precise control of transients and dynamic range, and the way in which the music ‘breathes’ in tempo.

The SSL G series stereo compressor features threshold, ratio, attack, release, and make-up gain controls, along with a switch that allows the compressor to listen to an external sidechain. A few notable SSL G compressor plug-in emulations include The Glue by Cytomic, the PSP BussPressor, and the SSL Native Bus Compressor. 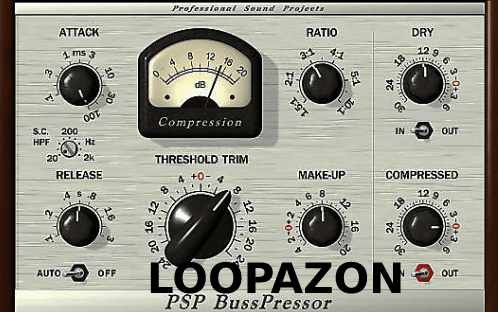 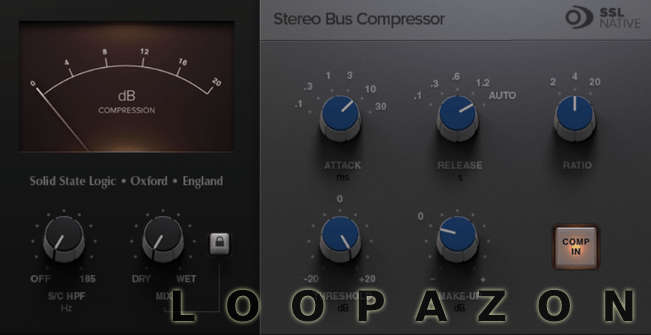 The Neve 33609, though not as famous as the SSL G, has found a niche following due to its unique design. Gain reduction works through a diode bridge, and due to the reaction characteristics of diodes to electrical signals, it imparts a unique saturation to the signal, along with compression and limiting. When pushed hard, the compressor can also impart distortion and hard clipping to the signal.

The 33609 is divided into two main sections – the limiter and the compressor. The limiter has threshold and release (recovery) controls, and a fast or slow switch for the attack. The compressor section has threshold, release, make-up gain and ratio controls, and a switch to control attack speeds. The limiter and compressor sections can be toggled on and off independently. There is a third section that bypasses the unit, and switches between mono and stereo configurations. The sidechain can also be switched between internal and external. 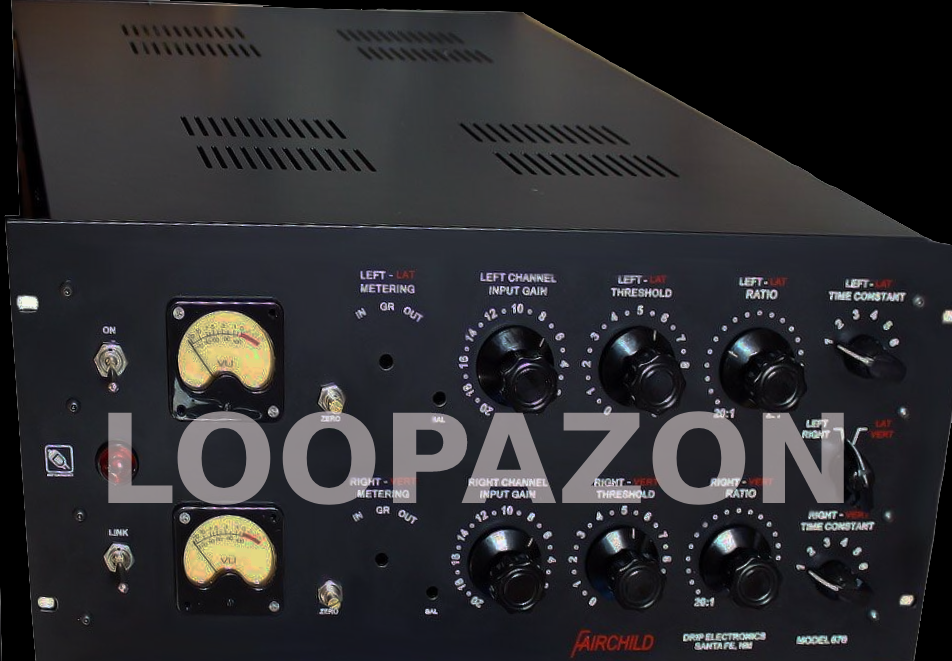 The grandfather of tube compressors, the Fairchild 670 is a remarkable sounding compressor that has made it into the upper echelons of coveted and prized musical technology. Sherman Fairchild started the Fairchild Recording Equipment Company in 1931, and in the late 1950’s, Chief Engineer Rein Narma brought his compressor design to the company. Bearing the Fairchild name, the 670 became a staple in studios all over the world. People who could not afford to buy one rented them, sometimes multiple simultaneously, to use on various elements of a mix, including individual elements and sub groups. The tube design meant that the attack and release characteristics were fairly slow, and subtle variations in the envelope shape made the compressor extremely musical.

Though the compressor was created originally for mastering, the tube warmth and compression made this a phenomenal unit to use on individual tracks as well. Engineers who own the 670 often talk about saving them for the most important elements in a mix (drums and vocals), so they can shine, and reserving other pieces of equipment for the less important elements. The tube topology makes this compressor impart a lot of lower mid frequency warmth, as well as high frequency sheen. At certain levels, the tube saturation can eve make the signal sound more high fidelity than the uncompressed signal, due to musical harmonic distortion. The 670 boasts fairly minimal controls, including a left and right channel input gain, a threshold control, ratio, time constant control, and a switch to toggle between stereo and mid/side (lateral/vertical) modes.

A few notable emulations of this iconic unit include the Pulsar Mu, Waves Puigchild 670, and the Native Instruments Vari Comp. 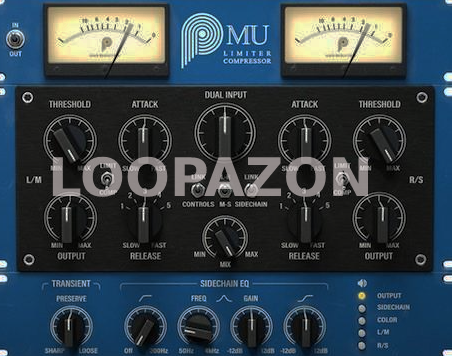 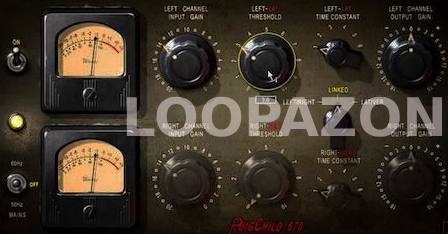 As technology grows and evolves, hardware designers and engineers can take the designs of the aforementioned classic units to whole new heights, and plenty of companies are working on creating innovative, hybrid compressor designs, that combine the sound of tubes, transistors, and transformers into the sound of their compressors. Two such companies are Sound Performance Labs, and Elysia.

The Sound Performance Labs (SPL) Iron is a compressor that draws inspiration from iconic tube compressors, but adds its own flair and character to its sound. Tube stages are controlled by a rectifier circuit, which combines tube compression and diode compression, through germanium, silicon, LEDs and their combinations, leading to a vast number of sonic tonal possibilities. Sidechain equalisation allows the compressor to react more, or less, to certain frequencies, and the tubes can be biased in real time, to suit the incoming audio material. It even has an EQ section of its own, called the AirBass, which gently boosts low and high frequencies, to make the signal sound more open, or a Tape Rolloff, which mimics the equalisation characteristics of tape machines.

The Elysia Alpha compressor is touted to be one of the most versatile and precise compressors in the world, and for a good reason. Boasting the usual compressor controls, along with audio and sidechain filters, a parallel blend control, a saturation circuit, and a soft clipper, it is very much a Swiss army knife compressor and master bus processor. One can even choose between a feed back and a feed forward style of compression. Feed back allows for gentle ratios up to 2.5:1, while in feed forward mode, the Alpha can be used as a limiter, or even have negative ratios (where the louder signals end up softer than the softer signals). 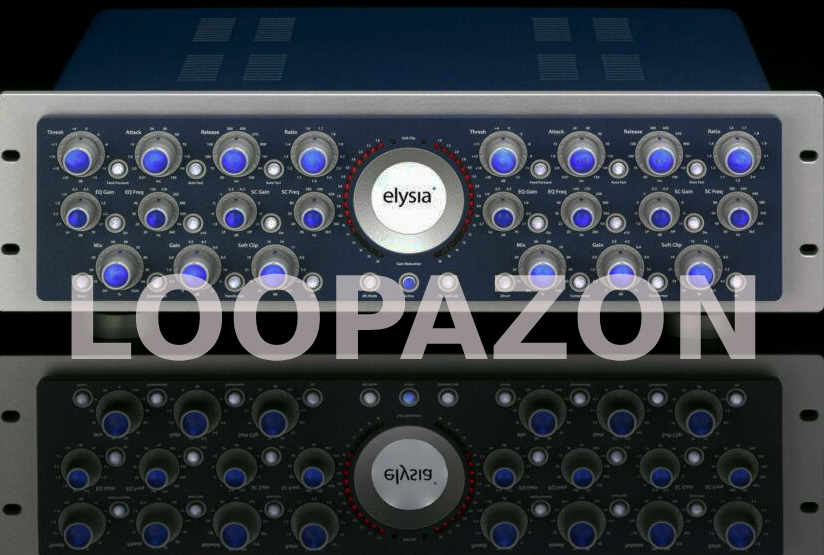